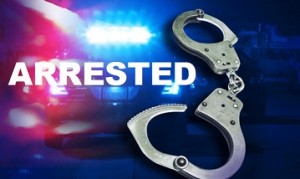 Shortly after 10 p.m. last Thursday night, the South Bend Police Department was called to the 1800 block of North Johnson Street in reference to a shooting. Upon arrival, officers discovered a 17 year old male in the home suffering from apparent gunshot wounds; he was pronounced deceased at the scene. The victim has been positively identified as D’Angelo Jennings. The St. Joseph County Metro Homicide Unit (CMHU) was called out to handle the investigation. Investigators interviewed several individuals and continue to investigate; this is an active and ongoing investigation. Anyone with information related to this investigation is asked to call the County Metro Homicide Unit at 235-5009 or Crime Stoppers at 288-STOP. In an update, the CMHU has arrested an individual in connection with the investigation into the death of Jennings. 18 year old Torreny Jordan Fennessee, was arrested and booked into the St. Joseph County Jail on preliminary suspicion of Manslaughter. On Sunday the St. Joseph County Prosecutor’s Office charged 18 year old Torreny Jordan Fennessee with Voluntary Manslaughter, a Level 2 Felony, with a Firearm Sentencing Enhancement in the January 11, 2018, shooting death of D’Angelo Jennings.