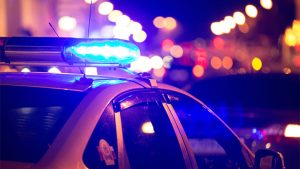 On February 15th, 2018 at approximately 7:39 a.m. the Portage Police Department received several reports (calls and officers being flagged down) of two male subjects (initially stated as possibly juveniles 13-17 yrs old) walking in the area of Mulberry Avenue and Brown Street while carrying guns. One was described as carrying a rifle or shotgun and the other was carrying a handgun. Both were described as white males, one was described with long hair and wearing a yellow shirt, black jacket and blue jeans and the other subject wearing an orange shirt with a holster on his hip. The subjects were later advised to be in their early 20’s.

Officers flooded the area and continued to receive reports from citizens about the two subjects. The police department already had Officers patrolling the schools given the events yesterday in Florida. They continued to search the area, but were unable to locate the two subjects. It is possible/likely that the subjects went inside a house. Because the initial call indicated these subjects were in the vicinity of Fegely Middle School, and the Portage Police are treating this as credible concern to their schools.

The Department contacted Portage Township Schools as well as the local private schools (Nativity and Portage Christian School) and had them placed on a soft lockdown. They also called in their afternoon Patrol Officers and have an Officer stationed at each school. The Indiana State Police offered their assistance and Portage police asked them to sit at Paul Saylor Elementary and South Haven Elementary. Burns Harbor Police is also providing assistance.

Because the police do not know what, if any intentions these subjects had, they are ensuring that our schools are safe and that staff, parents, and student’s minds can rest a little easy knowing that police are out there.