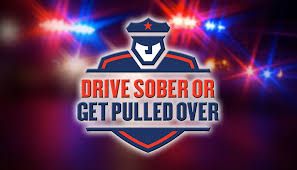 The LaPorte County Sheriff s Office is joining law-enforcement agencies across Indiana this March to increase dangerous and impaired driving patrols for the NCAA Tournament and St. Patrick’s Day. Last year, the weekend beginning St. Patrick’ s Day had the highest number crashes involving impaired drivers. With March 17, 2018 falling on a Saturday, police are conducting random patrols, saturation patrols and sobriety checkpoints intended to make our roads safer. The top causes of all Indiana traffic crashes are drivers following too closely and failing to yield the right of way. Aggressive, distracted and impaired driving reduce reaction times to unexpected slowed traffic, bicycles and pedestrians. But unlike alcohol, there is no quick field test for the legal and illegal drugs that can impair drivers. ICJI and NHTSA are issuing Android tablets and apps to assist 185 highly-trained police officers in the recognition and enforcement of drug-impaired driving. If you’re taking a new drug or higher dose, talk with your doctor or don’t drive until you know how it affects you. Even over-the-counter medication such as cold medicine or sleep aids may cause impairment, especially when combined with alcohol or a second drug. Experience different perspectives on an impaired-driving crash scene in 360 degrees at https://on.in.gov/nobigdeal.