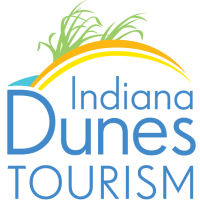 Indiana Dunes Tourism held its annual State of Tourism event  Thursday, March 15, at Riley’s Railhouse in Chesterton. Lorelei Weimer, the Executive Director of Indiana Dunes Tourism, gave a state of industry presentation, featuring key facts about Indiana Dunes Country’s/Porter County’s tourism market. Ms. Weimer said that the tourism industry is growing exponentially, producing $413.4 million in economic impact for Porter County in 2015 alone, which was an 80% increase from 2000 and generated 5,075 jobs. According to Ms. Weimer, nearly six million people visit Porter County every year, and of that, 3.5 million people visit the Indiana Dunes, making it the single most popular attraction in the state. When combining both the State Park and National Lakeshore visitation numbers, the Indiana Dunes ranks as high as the top ten most visited national parks in the country. Of the 3.5 million visitors to the Indiana Dunes, 108,767 visitors from all 50 states and 52 international countries came to the Indiana Dunes Visitor Center in 2017, where they received information and were directed to Indiana Dunes Country’s businesses and attractions.