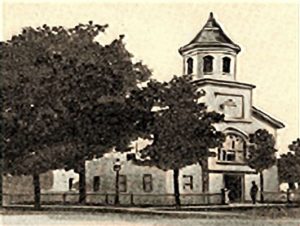 The Indiana Historical Bureau has agreed to designate the site of La Porte University with an Indiana State Historical Marker. The University was founded in 1838 and included the state’s first medical and law schools as well as a literary department. The medical school was the most robust, department, and it flourished until the early 1850’s. Its alumni included W. W. Mayor, MD., who collaborated with his sons, Drs. Charles and Will Mayo to found the Mayo Clinic. Dedication ceremonies for the historic marker will be held at the corner of Clay and Harrison Streets in downtown La Porte at 2:00pm, Friday, March 30. The public is invited.