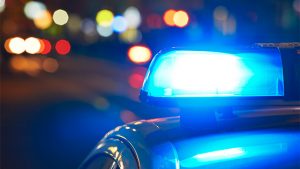 On Saturday morning, La Porte County Sheriff’s Office Deputies were dispatched to a single vehicle crash that had occurred in the the 2600 north block of County Road 700 East in rural Wills Township. Fireman from the Kankakee Township Volunteer Fire Department were the first emergency personnel to arrive on scene. The driver of a blue Chrysler mini-van was unresponsive. The driver was subsequently pronounced dead at the scene by the La Porte County Coroner’s Office. The crash investigation conducted by Sheriff’s Deputies, determined the 2014 Chrysler Town & Country mini-van had been traveling south on CR 700 East in the 2600 north block, when for an unknown reason, left the west side of the the roadway. After leaving the roadway, the Chrysler mini-van struck a stump, went airborne, and collided into trees prior to coming to rest. The driver of the mini-van was identified as 17 year old Aidan Short of rural Mill Creek. Short was the lone occupant of the mini-van and had been wearing a seatbelt. Toxicology tests determined alcohol was not a factor in the crash.