Armed Robbery at Little Caesars Pizza on US 20 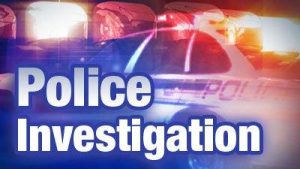 The Trail Creek Police Department is investigating an armed robbery that occurred at Little Caesars Pizza located in the Evergreen Plaza at 2026 E US Highway 20, Trail Creek, IN.

At approximately 9:38pm, two black male subjects entered the store and confronted employees.  Both subjects, who hid their faces, displayed handguns and demanded the employees turn over the money in the cash drawer.

After the robbery the suspects fled the store in an unknown direction.

A LaPorte County Sheriff’s Deputy and his K-9 partner attempted to track the suspects, however they were unsuccessful.

Fortunately, no one was injured during the occurrence. Anyone who has information about the crime or suspects, is asked to call Sergeant Eric Lisoski at the Trail Creek Police Department at 219-879-8173.