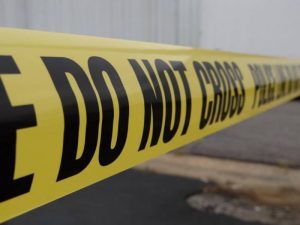 According to a press release, Indiana Conservation Officers are investigating a near drowning of two children that occurred shortly after 7:00 p.m. Tuesday evening in Lake Michigan near the Michigan City Pier. Two Michigan City men, Devin Newton, an off duty Superior Ambulance EMT and Myles Wright, an off duty Deep River Waterpark lifeguard were near the Michigan City Pier when they heard screams for help. Both men ran toward the screams for help and saw two young girls struggling in extremely rough water approximately halfway up the pier. Devin Newton attempted to throw a life ring to the two girls, which was made difficult by the strong winds. Myles Wright climbed off of the pier and entered the water on the rocks while being battered by heavy waves, some exceeding 5 feet and managed to reach both girls with the life ring. Both children were pulled to safety and returned to family members. Indiana Conservation Officers are still working to identify the victims, as they were no longer on scene when investigating officers arrived. They are believed to be around 12 years old and residents of Illinois. Their parents or guardians are asked to contact Indiana Conservation Officers at 812-837-9536. It is currently unknown how or where the two children entered the water. The swim area at Washington Park was closed at the time due to high waves and rip currents. Indiana Conservation Officers commend the lifesaving efforts of Devin Newton and Myles Wright. Both men’s training and experience likely prevented two drownings from occurring. Entering the water to attempt to rescue someone should always be a last resort unless properly trained and equipped.