Posted on: October 8th, 2018 by [email protected] No Comments 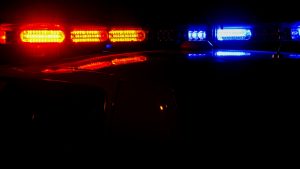 The Michigan City Police, after working relentlessly throughout the night into Friday, have officially charged two subjects in the homicide investigation in the 200 Block of E. 6th Street that occurred at approximately 8:30pm, on October 4th. The victim, Nathanial Havis age 60, of Michigan City was shot and killed hours before his 61st birthday and was pronounced deceased at the scene by the LaPorte County Coroner. The family of Mr. Havis has been notified if his death.
In custody are:
22 year old Nathan Cureton, of Michigan City, charged with:
-Felony Murder/Aiding, Inducing, or Causing.
-Attempted Robbery / Aiding, Inducing, or Causing.
Cureton is being held in LaPorte County on a one-million-dollar cash bond.
21 year old Tyler Abbott, a Trail Creek resident, charged with Obstruction of Justice, also being held in LaPorte County on a $2000.00 cash bond.
Anyone with additional Information on this investigation may contact lead investigator Detective Sergeant Ken Havlin at 873-1465 Ext. #1078.