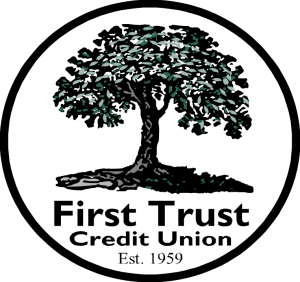 Rona Edquist, Supervisory Committee member of First Trust Credit Union (CU) in Michigan City is the Indiana Credit Union League’s 2018 recipient of the Leadership Achievement Award. The presentation was made at the Chairman’s Awards Banquet on October 12th as part of a special event during the League’s statewide convention. Edquist is a longtime credit union member and began her volunteer life with First Trust CU when she joined the Credit Committee in 1985. She had always loved the credit union and was interested in the lending process, so this was a perfect fit. Eventually, the lending process became more centralized and the need for a credit committee ended. It was then that Rona was named to the Supervisory Committee. In that role, she is actively involved in seeking auditing firms that will fulfill the exam requirements for the credit union, and she manages a group of volunteers who share her excitement and enthusiasm for things like the Bank Secrecy Act, verification of accounts, loan document review and other examination hot topics. Her efforts have earned praise for the credit union from the NCUA and DFI, and she has shared her expertise and best practices with other credit unions. A former kindergarten teacher, her colleagues describe Edquist as someone who always sees the sunny side. She has been an active volunteer since her retirement from teaching and is especially passionate about the Indiana Organ Procurement Organization where she has been a speaker on the importance of organ, bone and tissue donation. The Leadership Achievement Award recognizes credit union volunteers/officials who have given selflessly to promote the credit union ideal and to better the credit union movement in Indiana.