Posted on: November 8th, 2018 by [email protected] No Comments 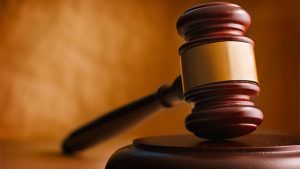 On Wednesday, 19 year old Torreay Fennessee appeared before a St. Joseph County Superior Court judge and was sentenced to 30 years in the January 11, 2018 shooting death of D’Angelo Jennings in South Bend. Of those 30 years, 5 years are suspended and 25 years are to be executed in the Indiana Department of Correction. He was also sentenced to 2 years probation after his release from custody.
Torreay Fennessee previously pled guilty by agreement on October 11, 2018, to Voluntary Manslaughter, a Level 2 Felony, and a Firearm Sentencing Enhancement. He was sentenced today to 20 years for Voluntary Manslaughter and that sentence was enhanced by an additional 10 years on the firearm enhancement for an aggregate sentence of 30 years.