Posted on: December 6th, 2018 by [email protected] No Comments 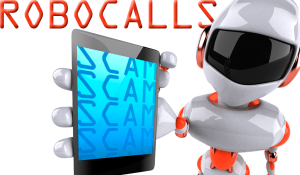 Wednesday, Attorney General Curtis Hill announced that he is helping lead a bipartisan group of 40 state attorneys general developing fresh strategies to stop or reduce annoying, harmful and illegal robocalls. The coalition is reviewing innovative technologies that major telecom companies hope to employ in this fight. Indiana is one of 15 states on the working group’s executive committee.
Since it was formed, the multistate group has had in-depth meetings with several major telecom companies. These productive meetings have led to greater information sharing about the technological capabilities currently in existence or in development to fight these calls.
Attorney General Hill and his colleagues are working to:
-Develop a detailed understanding of what is technologically feasible to minimize unwanted robocalls and illegal telemarking
-Engage the major telecom companies to encourage them to expedite the best possible solutions for consumers
-Determine whether states should make further recommendations to the FCC
-Educate consumers about current call-blocking options, and
-Evaluate and coordinate future enforcement efforts against bad actors.
Anyone receiving unwanted robocalls or encountering suspected scams of any variety is encouraged to file a consumer complaint with the Office of the Attorney General at indianaconsumer.com or by calling 1-800-382-5516.